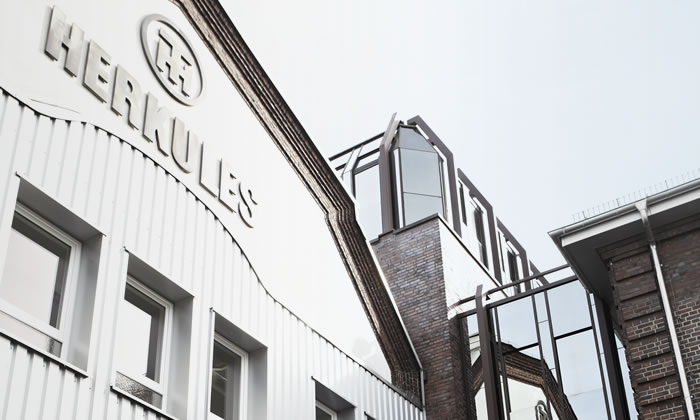 Since the company’s founding, Siegen (North Rhine-Westphalia) has been home of the Herkules headquarters. Our spacious, 15,459 m², fully air-conditioned production and assembly area contains a modern machine inventory. Here, Herkules manufactures roll grinders and lathes, from development, design and construction to the complete mechanical and electrical assembly.

Model workshop and an electrical workshop contribute to the extensive vertical range of manufacture. Moreover, the headquarters has its own training workshop. In our roll shop, customers’ rolls are processed by the help of five roll grinders, a roll texturing machine and a grinding wheel testing device. This is where research and development take place, as well. The office buildings are home to sales, service and administration.

Franz Thoma founds Maschinenfabrik Herkules in Siegen in 1911. His core competence is the manufacturing of high-performance machine tools.

In 1913, Herkules constructs the first roll lathes for roll foundries in the area. In the course of the following decades, the company becomes a specialist for machine tools for roll machining. During the Second World War, the company is part of the war economy and is severely damaged during an air raid. Hans Thoma, son of the founder, rebuilds Herkules in the following years.

In 1978, his son, Christoph Thoma, takes over the company. Under his management, Herkules becomes the global market leader for roll machining machine tools with offices in all major markets worldwide, the origin of the HerkulesGroup. Soon, Herkules is strengthened by a second production company in Meuselwitz and international offices in the USA, Asia, Russia and South America.

In 2011, the specialist for heavy-duty machine tools celebrates its 100th anniversary.