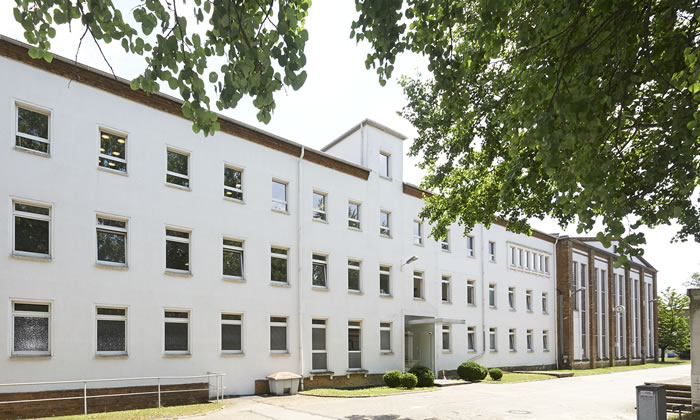 320 dedicated and highly skilled employees design and manufacture roll grinders, lathes and roll shop equipment at Herkules Meuselwitz. The mechanical engineering department develops solutions tailored to customers’ requirements. These are manufactured by the help of a modern machine inventory. It is situated in a production area of 19,000 m2 and regular investments ensure that the machine inventory is always state of the art.

A comprehensive quality management system guarantees the high quality of the machine tools and all components. This quality is based on many years’ experience, qualified staff and a well-equipped shop floor with 45 modern machines.

A flexible manufacturing system allows for contract manufacture to the highest standards in the areas of sheet metal forming, welding, turning, milling and gear cutting.

Herkules Meuselwitz takes its roots from Heymer & Pilz GmbH Maschinenfabriken und Eisengießerei Meuselwitz,  founded in 1876. The company is specialized in the manufacture of heavy-duty machines, such as machines for briquetting brown coal.

After the National Socialists seize power, the company becomes part of the war economy and then, in the course of expropriation in 1948, a nationally-owned enterprise. The first roll grinders are manufactured in 1955. After the reunification of Germany, the company is privatized and now operates under the name of Maschinenfabrik und Eisengießerei Meuselwitz GmbH.

In 1992, Herkules acquires the long-established company. Structural changes, the optimization of the product range and investments soon lead to an increase in business. Since then, Herkules Meuselwitz is a successful company within the HerkulesGroup.