20 years of partnership between ArcelorMittal and Herkules 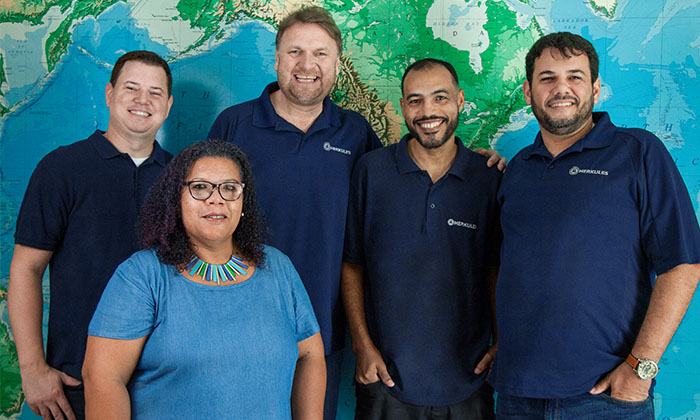 In the year 2000, Herkules was commissioned by Brazil's largest steel producer ArcelorMittal Tubarão (AMT) to produce three roll grinders – the beginning of a twenty-year success story.

With the delivery of the precise and robust Herkules machines, AMT achieved a state-of-the-art level with its Roll Shop in Latin America. The cooperation progressed quickly and professionally: equipment and quality controls by Herkules and AMT ensured the success of the machines. At the same time, Herkules began operations in its location in Vitória (Herkules Latin America), which is – conveniently located – in the immediate vicinity of AMT. Short ways and even faster solutions were given and the partnership of both companies quickly reached a new level.

Based on this mutual trust, a fourth Monolith™ roll grinding machine was ordered in 2008 – the first of its kind in Brazil. After numerous successful service assignments, AMT and Herkules signed another service contract, which was renewed in 2018 for three years. In the same year, AMT awarded Herkules with a diploma honoring the quality and safety of its services. Regular updates. Professional leadership. Almost two decades of a non-stop working machine. We look forward to the next twenty years of cooperation with AMT!