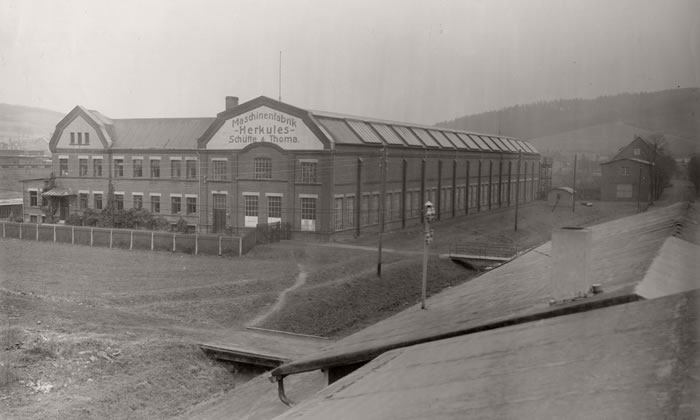 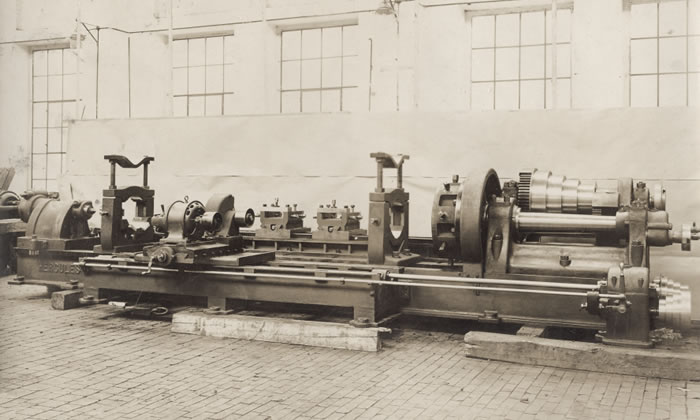 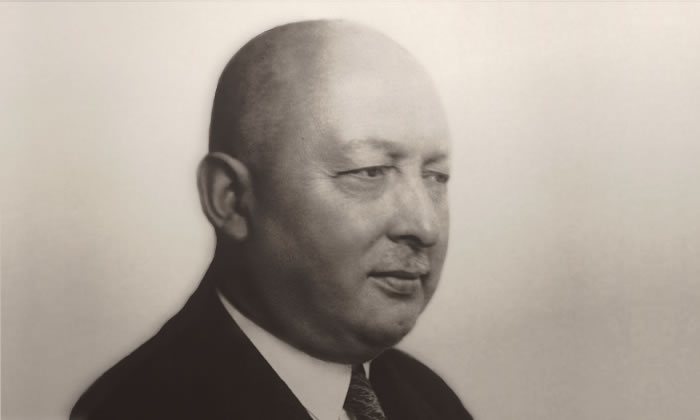 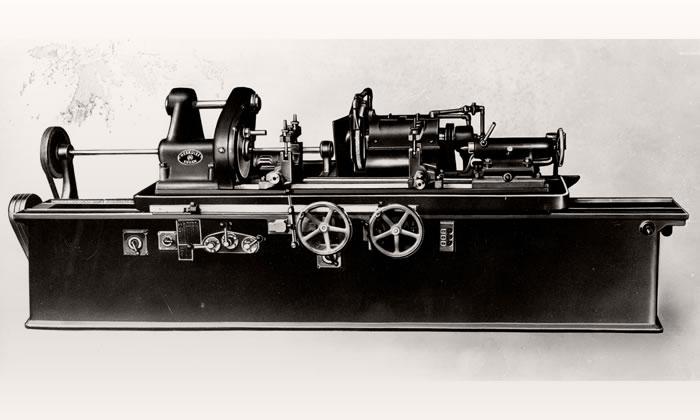 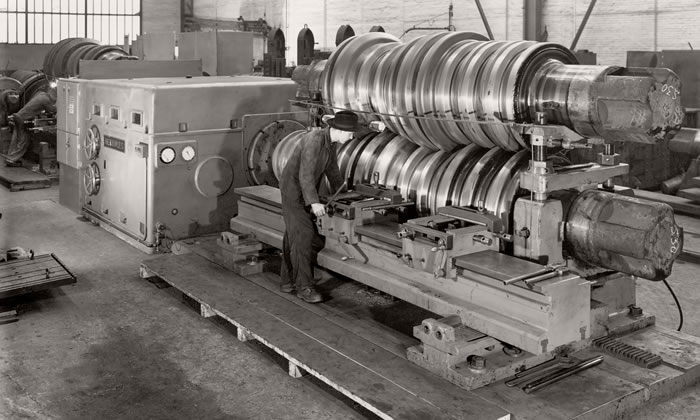 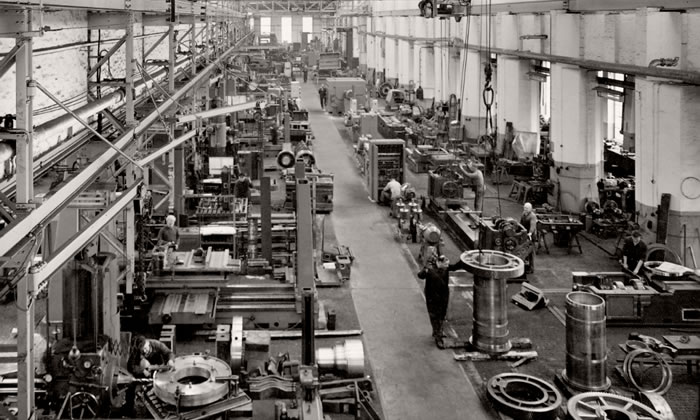 Production hall in the 1960s 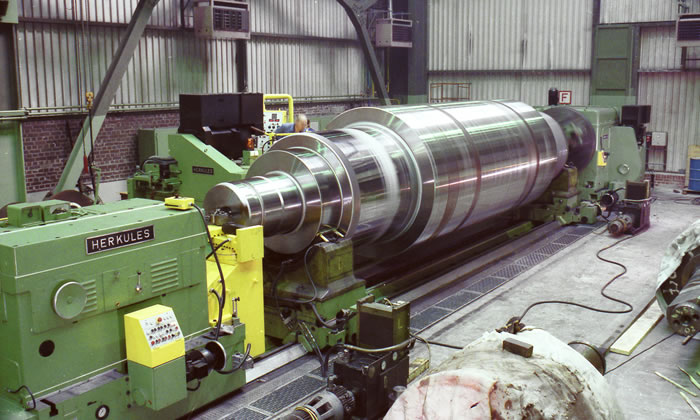 May 11: Maschinenfabrik Herkules is founded by Franz Thoma and Alfred Schütte

World War II: Herkules is part of the war economy

December 16: Like the whole city of Siegen, Herkules is almost completely destroyed in an air raid

Maschinenfabrik Herkules is rebuilt by Hans and August Thoma

The first lathe of the type HWD 850 is built

Opening of a state-of-the-art production hall

The 1,000th machine after the company's restart is delivered to the customer Hoesch Werke Schwerte, Hohenlimburg, Germany

December 16: Christoph Thoma is elected as CEO in the shareholders' meeting

WS 1100, the largest CNC-controlled roll grinder until 2010, is delivered to Gontermann-Peipers

RSGetriebe, manufacturer of special gearing solutions, is integrated into the HerkulesGroup